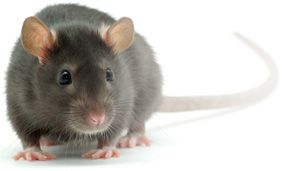 Rats make up the largest single group of mammals on earth, an estimated one-third of the earth’s total mammal population. Several kinds of rats and mice are found around South Florida. However, only the Norway rat, the roof rat, and the house mouse are common pests found around homes and businesses. They are referred to as “commensal rodents” because of their need to live with humans.

Rats belong to the order of Rodentia. Rats are short-bodied rodents, usually having a pointed muzzle, a long slender tail, and dexterous forepaws.

The term rat usually refers to the two most common nuisance rat pest species, the Norway rat and the Roof rat. Both species originated in Asia, but have spread throughout the world by human travel overseas. They both belong to the genus Rattus, which includes 51 species.

The average life span of a rat is 2 years. Rats have poor eyesight and are colorblind. They primarily see light, shadow, and movement. They do have very developed senses of hearing, smell, touch and taste. Their hearing is ultrasonic.

Worldwide, rats and mice spread over 35 diseases. Rodent-borne diseases are spread directly to humans through bite wounds, contaminated food or water, and through breathing in germs that may have been stirred into the air.

Diseases from rodents are also spread indirectly to humans by way of ticks, mites, and fleas that transmit the infection to humans after feeding on infected rodents.

Rats are also known for causing damage to homes and structures. They often chew on electrical wires creating the potential for a structure fire. Rats can also cause insulation damage thereby decreasing the thermal efficiency of your home, and water damage from chewing on roof shingles, water pipes, and fascia boards.